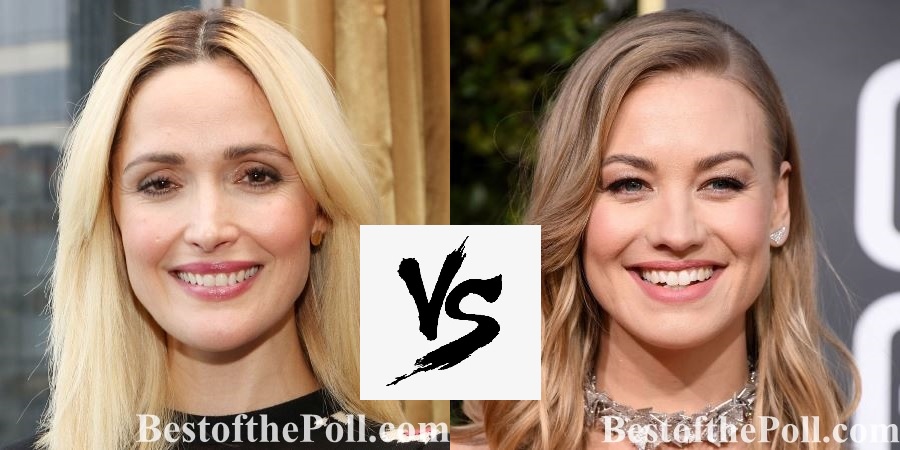 Rose Byrne: Mary Rose Byrne (born 24 July 1979) is an Australian actress. She made her screen debut in the film Dallas Doll (1994), and continued to act in Australian film and television throughout the 1990s. She obtained her first leading film role in The Goddess of 1967 (2000), which brought her the Volpi Cup for Best Actress, and made the transition to Hollywood in the small role of Dormé in Star Wars: Episode II – Attack of the Clones (2002), followed by larger parts in Troy (2004), Knowing (2009), and 28 Weeks Later (2007). Wikipedia

Yvonne Strahovski: Yvonne Jaqueline Strzechowski, known professionally as Yvonne Strahovski (born 30 July 1982), is an Australian actress. She is best known for her roles as CIA Agent Sarah Walker in the NBC spy drama series Chuck (2007–2012), Hannah McKay in the Showtime drama series Dexter (2012–2013), and CIA Agent Kate Morgan in the Fox event series 24: Live Another Day (2014). She currently stars as Serena Joy Waterford in the Hulu drama series The Handmaid’s Tale (2017–present), for which she has received a Primetime Emmy Award nomination. Wikipedia