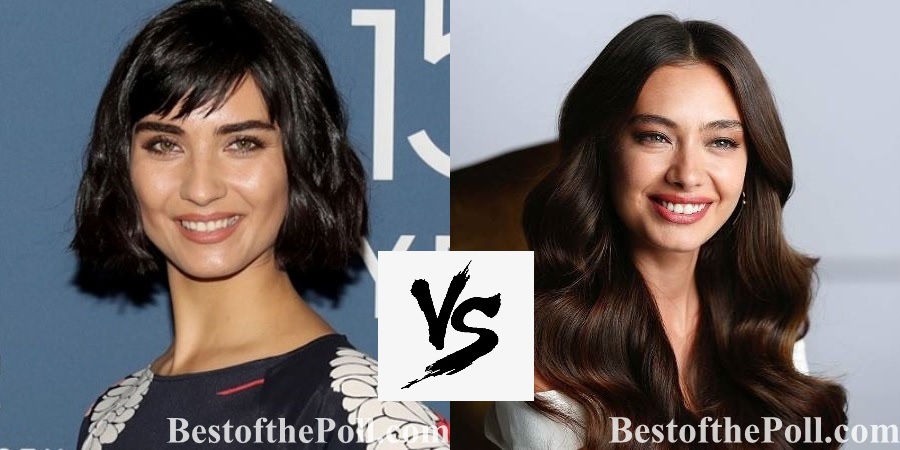 Who is your favorite actress? Tuba Büyüküstün vs Neslihan Atagül? Vote for your favorite one! You can vote only once in 24 hours.

Tuba Büyüküstün: Tuba Büyüküstün (born 5 July 1982) is a Turkish actress. In 2010, her first leading role in cinema was Esma in Yüreğine Sor by Yusuf Kurçenli. Following this, she acted with Cansel Elçin in the series Gönülçelen. At the end of 2012, she starred alongside İlker Aksum in the dramatic series 20 Dakika (20 Minutes), a performance that earned her a nomination for the 42nd International Emmy Award for Best Actress. Büyüküstün, who was appointed as a goodwill ambassador of UNICEF Turkey in 2014, starred alongside Engin Akyürek in the 2014–15 series Kara Para Aşk (Black Money Love). Her next series, which according to schedules began broadcast on 10 November 2016, is titled Cesur ve Güzel (Brave and Beautiful). She starred as the female lead, opposite Kıvanç Tatlıtuğ. In 2020, she portrayed Mara Branković in the Netflix original docudrama Rise of Empires: Ottoman and in 2021 Mavi in Sefirin Kizi. Wikipedia