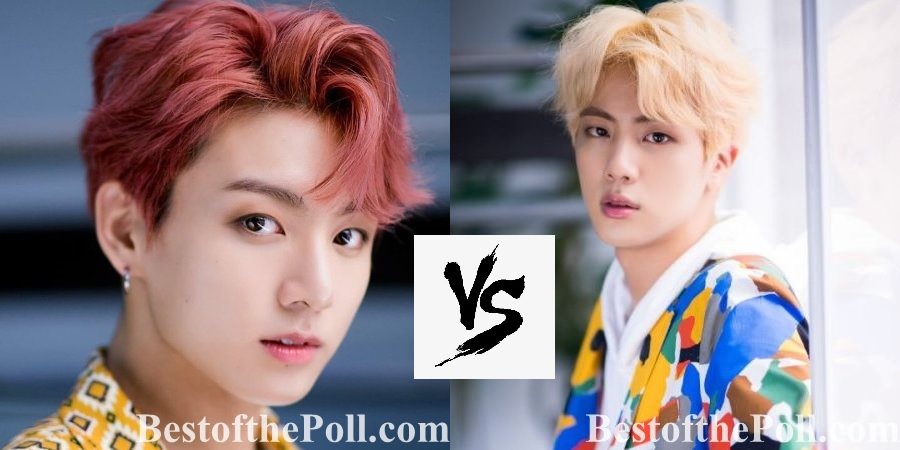 Who is your favorite K-Pop Male Idol? Jeon Jungkook vs Kim Seokjin? Vote for your favorite one! You can vote only once in 24 hours.

Jeon Jungkook: Jeon Jeong-guk (전정국) is also known by his stage name Jungkook (정국) or Golden Maknae (due to his exceptional number of talents). He is the youngest member of South-Korean Kpop group BTS (a.k.a Bangtan Sonyeondan/ Bulletproof Boy Scouts/) He serves as the group’s main vocalist, lead dancer, sub-rapper, center, face of the group and maknae.

Kim Seokjin: Kim Seok-jin was born on December 4, 1992 and he was born in Gwacheon-si, Gyeonggi-do, South Korea and is South Korean by birth. His original name is Kim Seok-jin, but his stage name is simply Jin