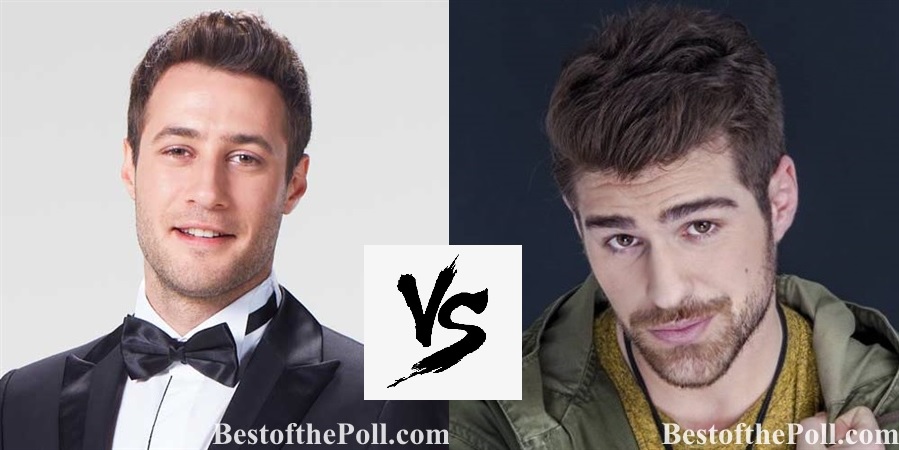 Berker Güven: Berker Güven (d. 7 September 1994, İzmir), Turkish actor.
In the movie Babam, which was released in 2017, he starred with Çetin Tekindor and Melisa Şenolsun. He took part in the role of Aleksi in the Vatanım Sensin series and Nedim in the Zalim Istanbul series. At the 22nd Sadri Alışık Theater and Cinema Actors Awards, he received the Üstün Akmen Young Actor Award for his performance in the theater play Yen. Wikipedia

Can Yaman vs İbrahim Çelikkol
Ebru Şahin vs Neslihan Atagül