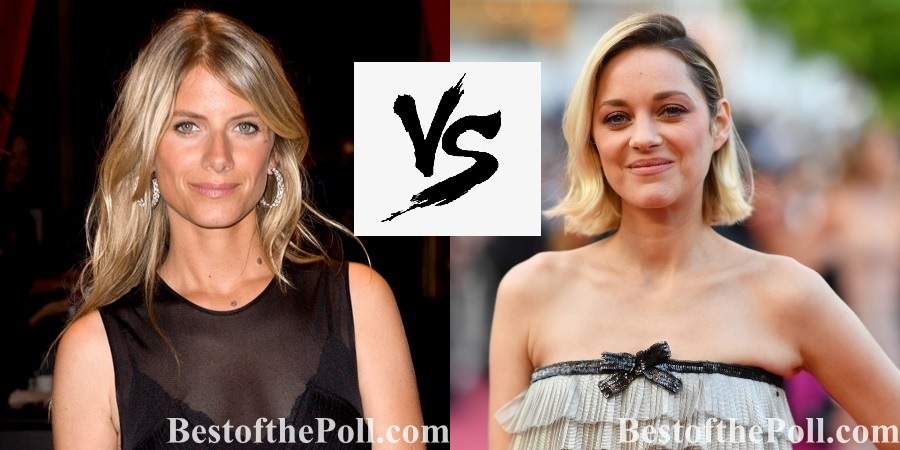 Who is your favorite actress? Melanie Laurent vs Marion Cotillard? Vote for your favorite one! You can vote only once in 24 hours.

Melanie Laurent: Mélanie Laurent (born 21 February 1983) is a French actress, singer, pianist, screenwriter and director. Born in Paris to a Jewish family, she was introduced to acting at the age of sixteen by Gérard Depardieu, who cast her in a minor role in the romantic drama The Bridge (1999). The recipient of two César Awards, an Étoiles d’or du cinéma français, and a Lumières Award, Laurent has established herself as an accomplished actress in the French film industry. Wikipedia

Marion Cotillard: Marion Cotillard (born 30 September 1975) is a French actress, singer-songwriter, musician and environmentalist. She is the recipient of an Academy Award, a BAFTA Award, a Golden Globe Award, two César Awards, a European Award and a Lumières Award. She became a Knight of the Order of Arts and Letters in France in 2010, and was promoted to Officer in 2016. Wikipedia