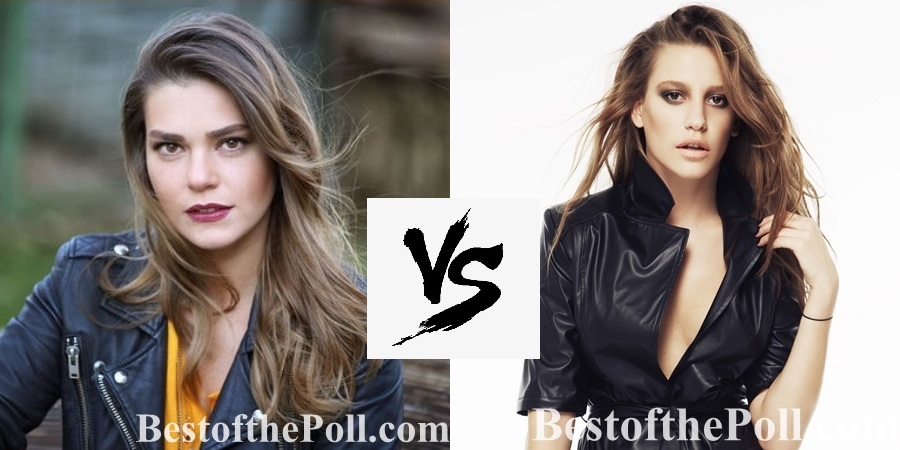 Aslı Enver: Aslı Enver (born 10 May 1984) is a Turkish actress. Enver started theatre at Mujdat Gezen Art Centre in Istanbul. She studied at Pera Fine Arts High School and graduated in theatre studies from Haliç University.[4] She had her first minor-guest role in Uzay sitkomu. Later, she had a part in the TV series Hayat Bilgisi and played the main character “Mine Ergun” in the popular youth series Kavak Yelleri (a remake of Dawson’s Creek) for five seasons. She has acted in the movies Tamam mıyız? and Kardeşim Benim and starred in the TV series Suskunlar, Kayıp, Bana Artık Hicran De, Mutlu Ol Yeter and Kış Güneşi. Wikipedia

Serenay Sarıkaya: Serenay Sarıkaya (born 1 July 1991) is a Turkish actress and model. At the age 15, she participated in a beauty competition and received a special award from the jury. She later rose to prominence by acting in the cinema movie Plajda (2008). Sarıkaya made her acting debut with a minor part in the movie Şaşkın (2006) and later starred in the film Plajda (2008). She later appeared in Adanalı (2008–10). Sarıkaya became the first runner-up at Miss Turkey 2010. She came to international attention for her roles in Lale Devri (2010–12) and Medcezir (2013–15) and received critical acclaim and won numerous accolades, including two Golden Butterfly Awards. Wikipedia