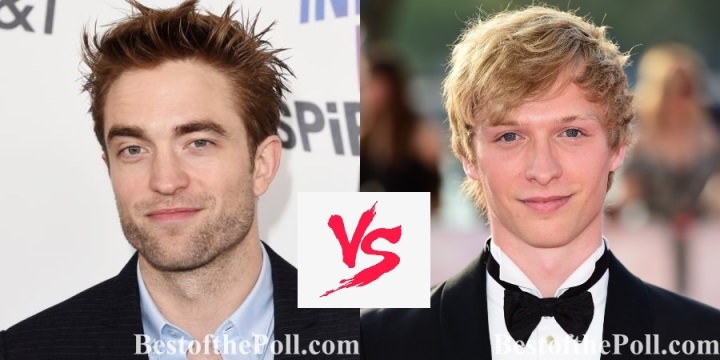 Robert Pattinson: Robert Douglas Thomas Pattinson (born 13 May 1986) is an English actor, model and musician. He started his film career by playing Cedric Diggory in Harry Potter and the Goblet of Fire in 2005. He later got the leading role of vampire Edward Cullen in the film adaptations of the Twilight novels by Stephenie Meyer, which consisted of five films between 2008 and 2012 that combined grossed over $3.3 billion in worldwide receipts. Twilight brought Pattinson worldwide fame. Wikipedia

Will Tudor: William James Sibree Tudor (born 11 April 1987) is an English actor. He is best known for his role as Olyvar in the HBO series Game of Thrones, which he portrayed from season 3 to season 5. He has also appeared in the TV miniseries The Red Tent, and the Channel 4/AMC drama Humans. He plays Sebastian Verlac/Jonathan Morgenstern on the Freeform series Shadowhunters. Wikipedia

Robert Pattinson vs Will Tudor

2 Responses to Robert Pattinson vs Will Tudor