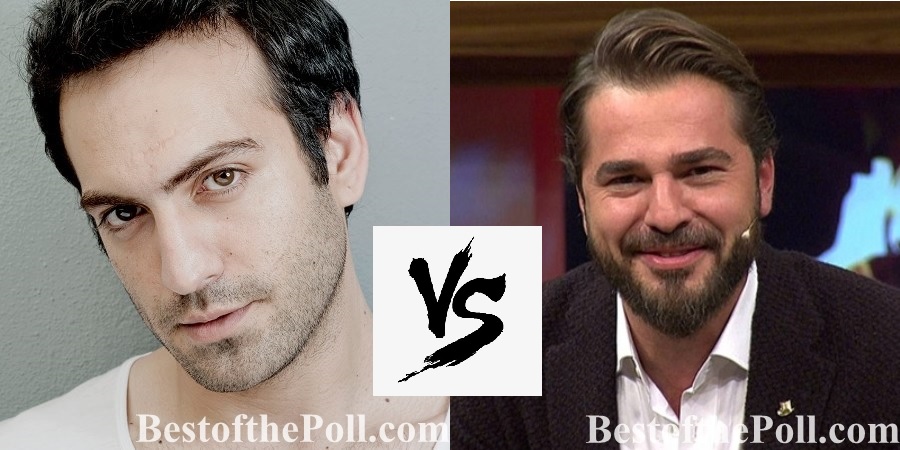 Who is your favorite actor? Buğra Gülsoy vs Engin Altan Düzyatan? Vote for your favorite one! You can vote only once in 24 hours.

Buğra Gülsoy: Buğra Gülsoy (born February 22, 1982) is a Turkish actor, screenwriter, productor, architect, director, graphic designer and photographer. His movies as actor are Cebimdeki Yabancı, Acı Tatlı Ekşi, Mahalle, Görümce, Robinson Crusoe, Güzel Günler Göreceğiz, Gölgeler ve Suretler, Güneşi Gördüm. In 2010, Gülsoy played the role of Vural Namlı in the famous series Fatmagül’ün Suçu Ne?. Since 2011, he has portrayed Güney Tekinoğlu in the Kanal D drama series Kuzey Güney and was awarded “The best TV series actor” in 2012. He played the main role in the series “Eski Hikaye” as Mete and “Bana Artık Hicran De”. In 2015, he played one of the lead roles in the comedy series “Aşk Yeniden” as Fatih. Wikipedia

Engin Altan Düzyatan: Engin Altan Düzyatan (born 26 July 1979) is a Turkish actor. He made his screen debut in the television series Ruhsar and went on to appear in Yeditepe İstanbul, Koçum Benim and Alacakaranlık. In 2005, he acted in the films Beyza’nın Kadınları directed by Mustafa Altıoklar and Kalbim Zamanı. In 2007, Düzyatan appeared in the series Sevgili Dünürüm with Haluk Bilginer, Sumru Yavrucuk and Nevra Serezli. His next roles were in the films Cennet (2008) and Mezuniyet (2009). Wikipedia