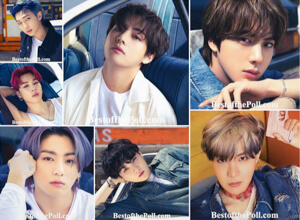 Who Is Your Favorite BTS Member? BTS, also known as the Bangtan Boys, is a South Korean boy band that was formed in 2010 and debuted in 2013 under Big Hit Entertainment. BTS is one of the most popular music groups in the world and has loyal fans all over the world known as […] 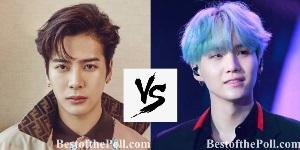 Who is your favorite K-Pop Male Idol? Jackson Wang vs Min Yoongi (Suga)? Vote for your favorite one! You can vote only once in 24 hours. Jackson Wang: Jackson Wang (traditional Chinese: 王嘉爾; born 28 March 1994) is a Hong Kong rapper, singer and dancer based in South Korea. He is a member of […]