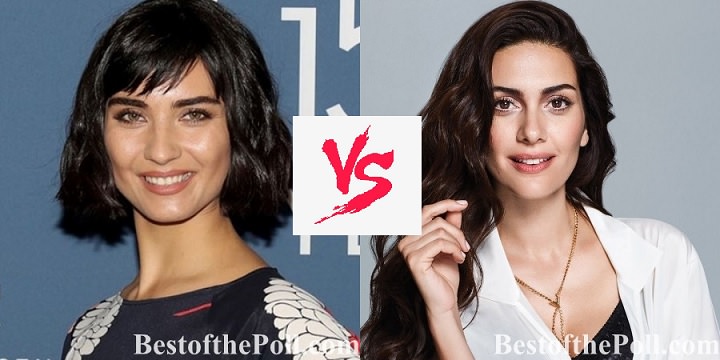 Tuba Büyüküstün: Tuba Büyüküstün was born on July 5th, 1982 in Istanbul. He graduated from İstanbul Private Doğuş Schools and Mimar Sinan Fine Arts University, Department of Stage Decoration and Costume Design. She has appeared in commercials while studying at University. In 2004, directed by Çağan Irmak and published in Kanal D, Çemberimde became popular with Gül Oya. In 2005, directed by Aydın Bulut and broadcasted in Kanal D, he played the leading role with Bülent İnal and Sinan Tuzcu in the television series Ihlamurlar Altında.

Bergüzar Korel: Bergüzar Gökçe Korel Ergenç (Turkish pronunciation: [beɾɟyˈzaːɾ koˈrel]) (born 27 August 1982) is a Turkish actress. Korel made her debut as Leyla in Kurtlar Vadisi: Irak (Valley of the Wolves: Iraq). She came to wide attention after starring as Şehrazat Evliyaoğlu in Binbir Gece. She appeared in Magnificent Century as a guest role of Monica Teresse for one episode (Episode 24). In 2012, she starred as Feride Şadoğlu alongside Kenan İmirzalıoğlu in the popular series Karadayı. Wikipedia

Leave a Reply to Eliz Click here to cancel reply.