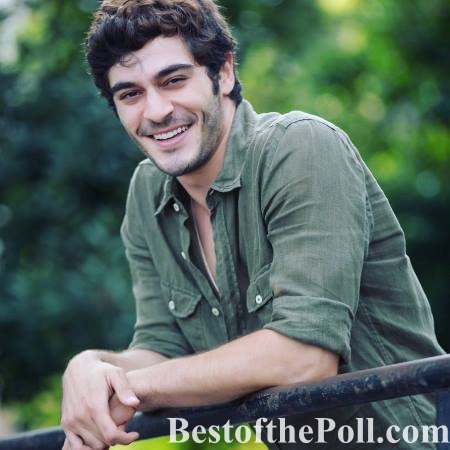 Kerem Bursin: Kerem Bürsin (born 4 June 1987) is a Turkish actor, known for his role in the TV shows Güneşi Beklerken (2013−2014), Şeref Meselesi (2014−2015) and Sen Çal Kapımı (2020–2021). Bürsin is currently playing the lead role of “Serkan Bolat” in Sen Çal Kapımı (You Knock on My Door) opposite Hande Erçel. The series is produced by MF Yapım, directed by Yusuf Pirhasan, Ender Mıhlar, Altan Dönmez and its script is written by Ayşe Üner Kutlu. It premiered on FOX on 8 July 2020 receiving positive reviews as well as high ratings. Wikipedia