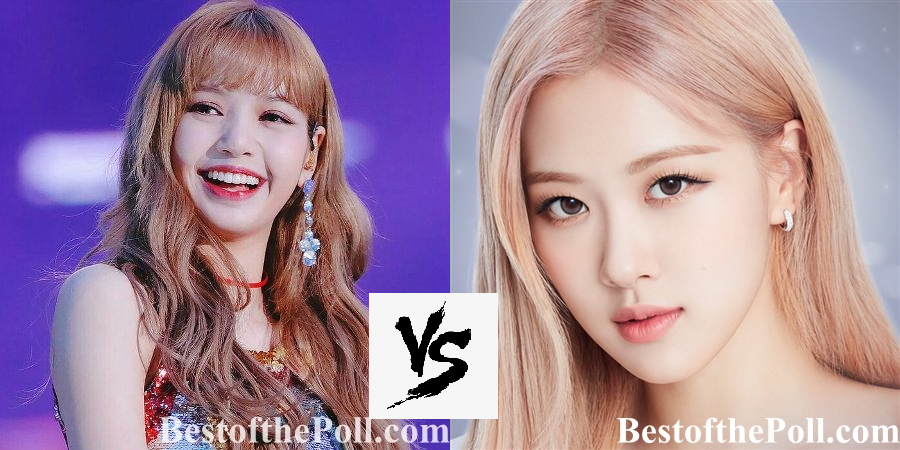 Who is your favorite K-Pop Female Idol? Lalisa Manoban vs Park Chaeyoung (Rose)? Vote for your favorite one! You can vote only once in 24 hours.

Park Chaeyoung (Rose): Roseanne Park (born 11 February 1997), better known by the mononym Rosé (Korean: 로제), is a Korean-New Zealand singer and dancer based in South Korea. Born in New Zealand and raised in Australia, Rosé signed with South Korean label YG Entertainment following an audition in 2012, training there for four years. She made her debut as a vocalist in the girl group Blackpink in August 2016 and made her solo debut with her single album R in March 2021. She holds two Guinness World Records: of being the first artist to reach number one on Billboard Global 200 as a soloist and as part of a group, and for having the most-viewed YouTube music video in 24 hours by a K-pop soloist. Wikipedia

One Response to Lalisa Manoban vs Park Chaeyoung (Rose)