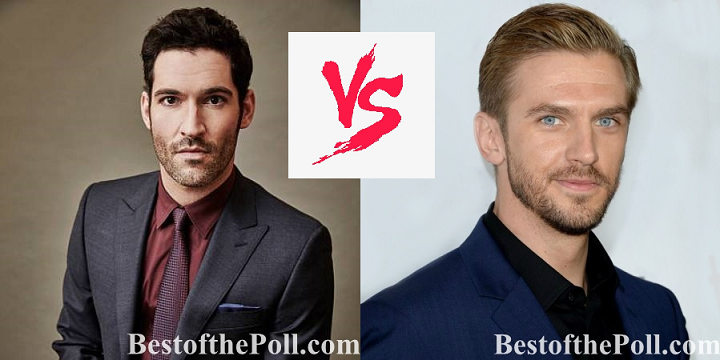 Tom Ellis: Thomas John “Tom” Ellis (17 November 1978), British actor. Since 2016, he has received great acclaim for his starring role in Lucifer’s series.
Tom Ellls has a daughter, Nora Ellis, from actress Estelle Morgan. In 2006, she married Tamzin Outhwaite, a British actress, after leaving Morgan. Florence Elsie Ellis (2008) from this marriage, Marnie Mae Ellis (2012) has been more than two daughters.

Dan Stevens: Daniel Jonathan Stevens (born 10 October 1982) is an English actor. He first drew international attention for his role as Matthew Crawley in the ITV acclaimed period drama series Downton Abbey (2010–12). He also starred as David in the thriller film The Guest (2014), Sir Lancelot in the adventure film Night at the Museum: Secret of the Tomb (2014), The Beast/Prince in Disney’s live action adaptation of Beauty and the Beast (2017), Lorin Willis in the biographical legal drama Marshall (2017), and Charles Dickens in the biographical drama The Man Who Invented Christmas (2017). Since 2017, he has starred as David Haller in the FX series Legion. Wikipedia