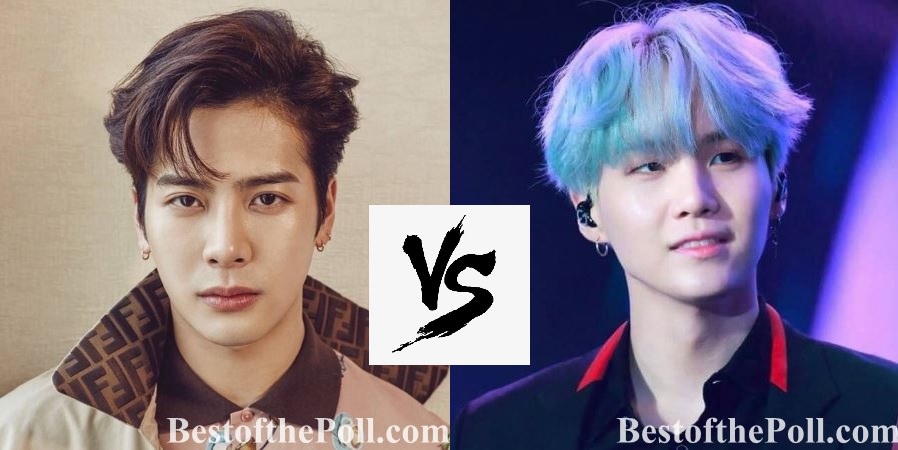 Who is your favorite K-Pop Male Idol? Jackson Wang vs Min Yoongi (Suga)? Vote for your favorite one! You can vote only once in 24 hours.

Jackson Wang: Jackson Wang (traditional Chinese: 王嘉爾; born 28 March 1994) is a Hong Kong rapper, singer and dancer based in South Korea. He is a member of the South Korean boy group Got7 under JYP Entertainment, and is known for his appearances on Korean reality television, notably Roommate. He is also active in China as a solo artist and TV host. Wikipedia

Min Yoongi (Suga): Min Yoon-gi (Hangul: 민윤기; born March 9, 1993), better known by his stage names Suga and Agust D, is a South Korean rapper, songwriter, and record producer. Managed by Big Hit Entertainment, he debuted as a member of the South Korean pop idol group BTS in 2013. In 2016, he released his first solo mixtape, Agust D. The Korea Music Copyright Association attributes over 70 songs to Suga as a songwriter and producer, including Suran’s “Wine”, which won best Soul/R&B track of the year at the 2017 Melon Music Awards. Wikipedia